The Richmond Region’s advertising/creative sector is home to nationally-recognized powerhouses such as the Martin Agency and Padilla as well as notable niche agencies, including the West Cary Group, Wildfire, and Arts and Letters Creative Co.

However, Richmond doesn’t just attract creatives, it nurtures them.

The Greater Richmond area is home to four public institutions with creative departments including Virginia Commonwealth University, the University of Richmond, Virginia Union University and Virginia State University. These institutions partner with local agencies to provide hands-on experience through internships and apprenticeships, creating a well-rounded and competitive entry-level workforce.

Most notably, Richmond houses the VCU Brandcenter. Founded in 1995, the Brandcenter is routinely named among top advertising programs in the country. It carries an impressive list of alumni. This past year, seven Brandcenter alumni made the Adweek creative 100 list which ranks the most fascinating people in marketing, media and culture. Brandcenter graduates have gone on to work with global brands such as Google, ESPN and Fanta. Alumni continually distinguish themselves as decorated industry leaders.

In 2019 alone, VCU Brandcenter alumni developed six advertisements that aired during the Superbowl LIII, including Coca-Cola: “A Coke is a Coke” and Pringles: “Sad Device.” These advertisers were joined in Super Bowl prestige by the Martin Agency who most recently aired campaigns for GolfNow in 2018.

Headquartered in Richmond, the Martin Agency, a subsidiary of Interpublic, is most well known for its Geico campaigns and keen knack for leveraging humor, including their caveman and gecko commercials. This holiday season they received praise in Forbes magazine for its work on an Oreo commercial. Mondelez, Oreo’s parent company, has a production facility here in Greater Richmond.

Collectively, 2019 was a big year for the Greater Richmond advertising scene, filled with some major projects and collaborations with national brands.

As we enter a new year, expect to see more creatives entering the market. Richmond has attracted a wide array of journalists, graphic designers, copywriters and brand strategist working in tandem to meet market needs. Living in a city with such rich culture, history and diversity, it’s no wonder that we attract, retain and nurture so many talented creatives. With Super Bowl LIV just around the corner, it will be interesting to see what Richmond-based entities will land media spots and ultimately raise the bar for competition nationwide.

Virginia was recently named one of the top 10 “Most Innovative States” by WalletHub, in addition to several other accolades. The online financial service also ranked Virginia first in projected STEM-job demand by 2020, second in the highest share of technology companies, third in the fastest average internet speed and fifth in the highest share of STEM professionals.

The state of Virginia’s overall innovation index score is 61.87, putting it seventh on the list before the index scores drop to the 50s with Utah and Delaware, ranked eighth and ninth, respectively.

Virginia was also ranked third for human capital. The state has the second highest concentration of tech workers per capita in the United States and over 44,000 employees in the professional, scientific and technical services industries.

Greater Richmond alone holds almost 9,500 enrolled students in IT programs. With nearly 30 colleges and universities, and high schools such as CodeRVA, focused on preparing students at early ages for careers in computer science and coding, the region produces a large and educated workforce.

Greater Richmond is ultimately no stranger to innovation. The region is home to over 2,400 information technology firms, including GE, Allianz Global Assistance, Facebook, Ippon Technologies and Mobelux.

Companies with shared corporate services have seen many benefits from locating in the Richmond, Virginia, Region. The region’s middle-market quality of life and affordability are two outstanding reasons for employers to relocate operations from more expensive metropolitan areas.

Last year, the Greater Richmond Partnership commissioned the Wadley Donovan Gutshaw Consulting Group, one of the nation’s top site location consultant companies, to complete an analysis on how Greater Richmond stacked up against peer competitors for the suitability of a ‘middle office’ operation. The data showed that the Richmond Region bested its East Coast competitors, including Charlotte, N.C.; Columbus, Ohio; Jacksonville, Fla.; and Nashville, Tenn.

Research and Development (R&D) centers are popular in the area:

From a consumer perspective, the Richmond Region serves as a popular test market. Since the region’s demographics and personal perspectives fairly represents American consumers as a whole, several food chains and technology companies have chosen the region for soft roll-outs prior to national launches. Capital One recently introduced its new café concept in the Richmond market.

Several companies have located data centers in the region, including Capital One, QTS, Peak10 and Bank of America.

However, with the installation of the MAREA and BRUSA subsea cable systems, the region’s becoming an even more desirable location. The eastern half of the region has quick access to the connection point in Virginia Beach before the cable reaches Europe and South America.

Facebook is the latest to take advantage of the region’s new connection points. The company is constructing three new 500,000 square-foot buildings with a planned total square footage to over 2.4 million square feet. The multi-billion-dollar project will run solely on renewable energy.

Richmond is a magnet for client engagement centers due to the congenial and available workforce.

In the always evolving world of economic development, communities are continuously looking for ways to attract and grow businesses that will bring quality jobs and capital investment. Here in Greater Richmond, we’ve had several recent successes in attracting major divisions of companies (AvePoint, CoStar, ICMA-RC) from higher priced markets like New York City and Washington, D.C.

The Greater Richmond Partnership recently hired one of the world’s top site location firms — Wadley Donovan Gutshaw Consulting — to take a deep dive and analyze how Greater Richmond stacks up against the competition in these types of projects which we’re calling ‘middle office’.

At our Summer Investor Forum, we looked at the results and discussed what this means for our region. Moderated by Angela Kelly-Wiecek, Hanover Board of Supervisors and Chair of GRP Board of Directors, the panel included:

A special thank you to CoStar Group for hosting the Summer Investor Forum! 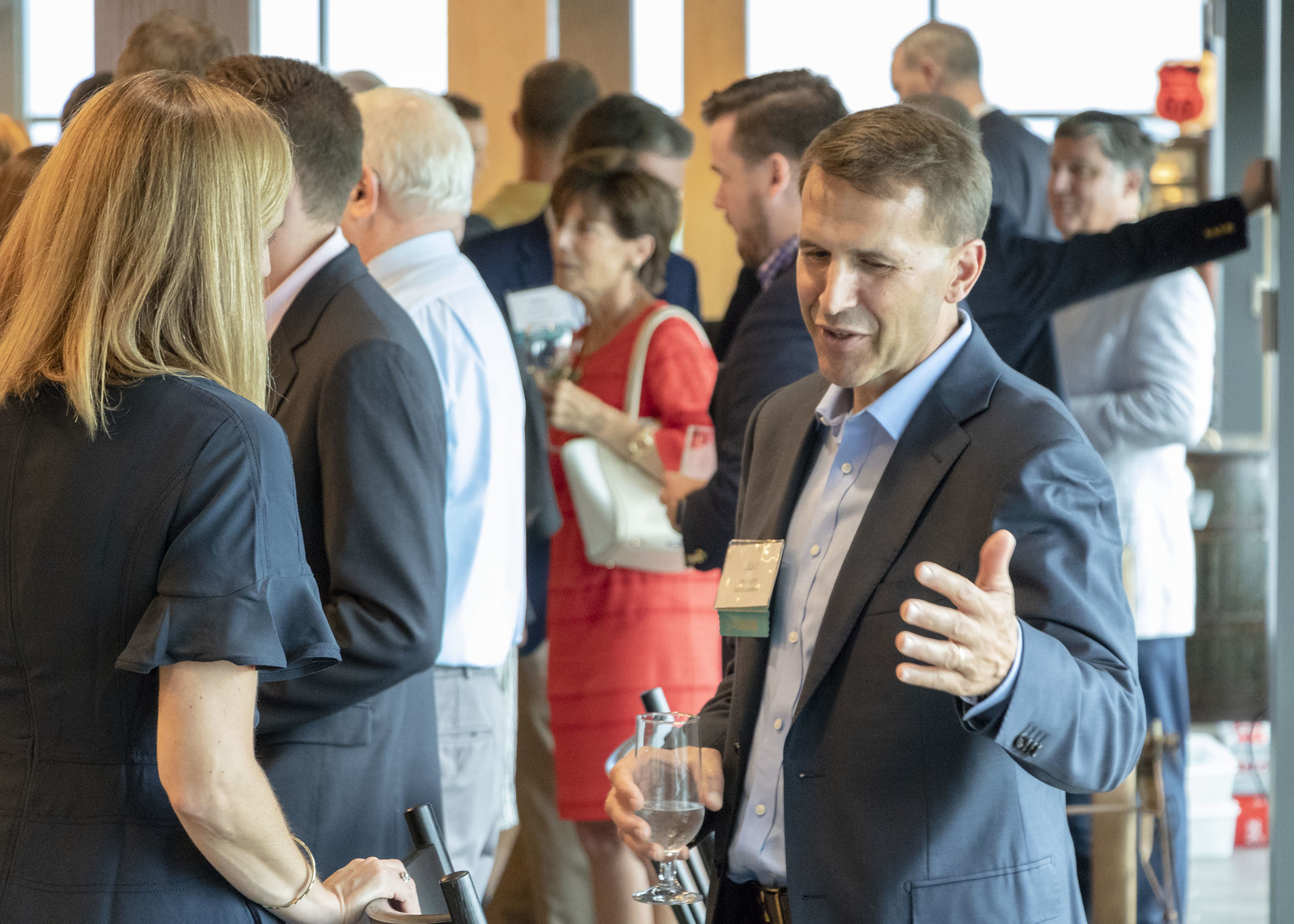 GRP hosted the RVA Agents Meet-Up to bring together digital ambassadors who show their love for the Richmond community through social media.

Whether it’s tweet, text, or tag, RVA Agents promote the Richmond Region as the ideal place for work and play. RVA Agents come from all walks of life, but have three things in common: they live in the Greater Richmond region, love to tell everyone about RVA and have no problems bragging about all the great things happening through social media.

The group was created to keep local ambassadors up-to-date with upcoming events and community news. 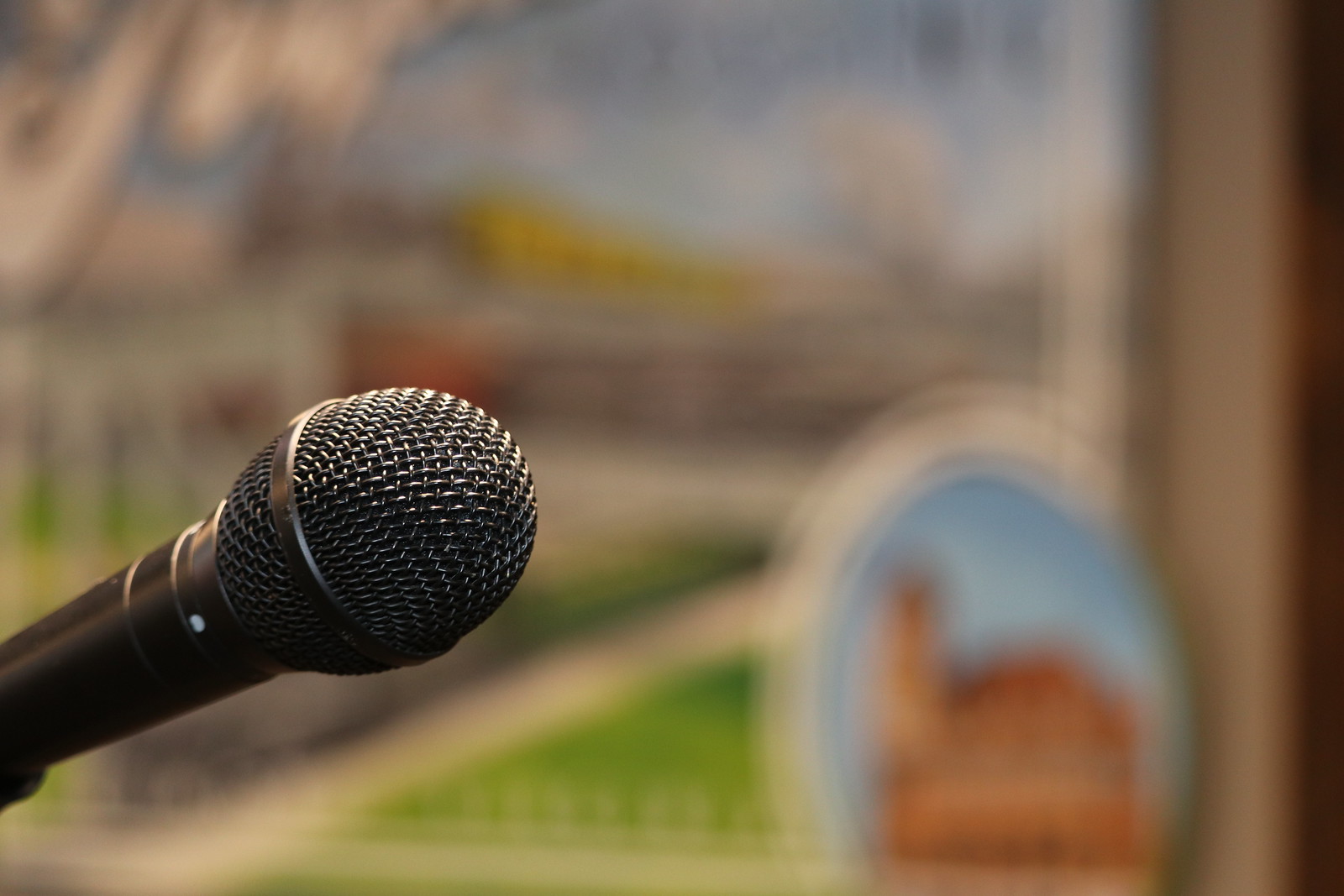