Greater Richmond offers an extensive variety of arts and cultural activities. As the capital of Virginia, the region is home to a concentration of significant state museums including the Virginia Museum of Fine Arts and the Science Museum of Virginia. Stage entertainment is frequent and accessible, including a full array of theatre, opera, symphony, comedians, concerts and other productions at the numerous venues in the region.

Art Museums in the U.S

best places for art lovers in the U.S. 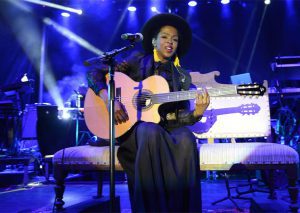 Any night of the week, performances are pouring from stages large and small all around the region. Greater Richmond’s music scene has a host of variation with the Richmond Folk Festival and Jazz Festival luring hundreds of thousands of music lovers to the area. Several summer concert series are popular mid-week celebrations and spotlight performances by rock, country and reggae acts. The area has also had a strong underground punk rock scene, with Richmond’s moniker of ‘RVA’ originating from the sub-culture some decades ago.

Greater Richmond residents love to show up and show off their passions. Adorned by street art on every corner and anchored by one of the nation’s best arts colleges, the region loves inspiring the next professional, student or hobbyist. The Virginia Museum of Fine Arts is the home to more than 22,000 works of art as part of its permanent collection.

For collectors, galleries and arts festivals fill the urge for personal inspiration. Arts in the Park is a huge, free event, with more than 450 artists selling their works and the RVA Makerfest celebrates our creative culture.

Greater Richmond is home to more than 130 sites on the National Register of Historic Places, including the Citie of Henricus, the second successful English colony in the New World.

As you’ll see, Greater Richmond is an area steeped in history but there’s still plenty of new places for you to explore.

How can you explore the region’s rich historical assets and not start with the James River’s massive influence over the nation’s history? From the Capitol building to Henricus, Greater Richmond is shaped by Native Americans, America’s early presidents and even its first broody poet:

Sign up to receive the latest regional news + updates